The former Dossin Barracks is today a Memorial. It is a serene place of commemoration and remembrance, where we reflect on the victims and pay tribute to them. You will find the last traces of the victims here.

Open the door to the Memorial and you are met by the piercing gaze of many faces. These are the faces of the Jews and Roma who were deported to Auschwitz from the Dossin barracks.

In the first room, photographs and video images paint a picture of Jewish life in Belgium before the war. A picture of an engaged and dynamic community with dreams and expectations. Each and every one of them has a story to tell. The Roma people were a small and diverse minority group in Belgium. Like the Jews, they were also victims of the Nazis.

In 1942 the German occupier started summoning and rounding up the Jewish population and bringing them here to the Dossin barracks in Mechelen. In this ‘waiting-room of death’, Jews and Roma were robbed of their freedom and forced to live in degrading conditions.

Inside the Memorial you hear and see how their identity was replaced by a number. Some waited here for several days, others months; each hoped to escape a terrible fate. Through audio clips, you listen to stories of the victims. Letters written to loved ones, friends or family are read out and serve as a powerful testimony to this dark period.

In the vaulted cellar the names of the victims reverberate around the space. Naming a name is a respectful way to remember a victim and to ensure that person is never forgotten. Naming them by name thwarts anonymity and challenges the ultimate objective of the Nazis, ‘restloze Vernichtung’, annihilation that would leave no trace.

The Memorial gives the victims a face. Hanging in the children’s room are portraits of youngsters deported from the Dossin barracks. A memorial stone calls for silent reflection, while a candle burns in perpetuity in honour of all the victims. 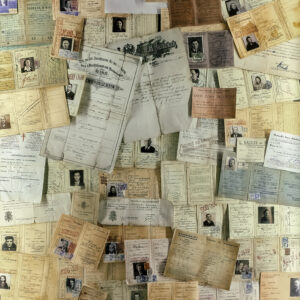 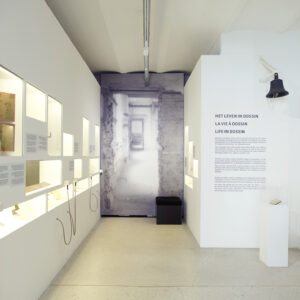 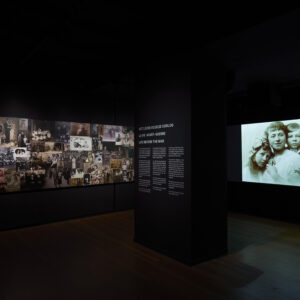 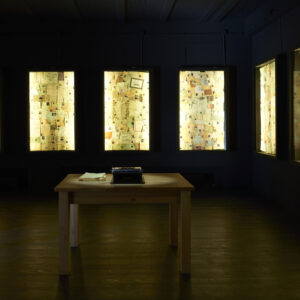 Offer of this exhibition